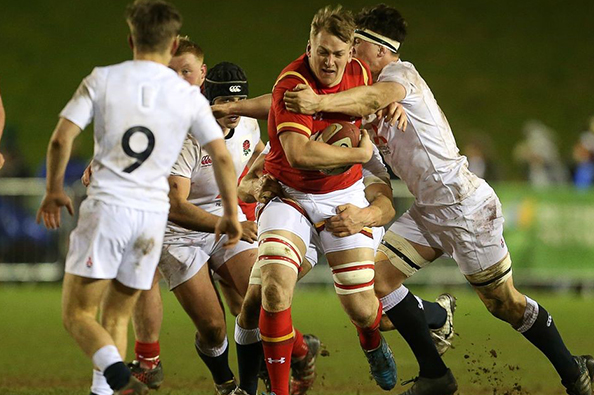 Alex Dombrandt will join Harlequins at the end of the season.

The second row from South Croydon has been playing for Cardiff Met RFC whilst studying at University.

Having made such an impression at Cardiff Met, he was called up by Wales Under-20s last year and played in every game during the U20s Six Nations.

Now the 21-year-old lock has signed a dream deal with Harlequins, the Club he supported as a youngster.

Director of Rugby, John Kingston remarked: “Alex is an outstanding talent who can play anywhere in the back 5 of the scrum. I am delighted he has chosen to come to us given the number of clubs, both in Wales and England, who wanted to secure his services.

“He has huge ambition and drive to reach the very top and I know our supporters will enjoy watching his outstanding, powerful running and offloading game when he puts on the Harlequines shirt.”

Dombrandt said: “I’m delighted to be joining Harlequins, a side I have followed since my school days, having grown up in South London.

“I would like to acknowledge the support of both Cardiff Met University and my teammates in helping me achieve this transition into the professional game.

“Quins has a very strong squad, and I am proud to become part of it. I was particularly impressed with John Kingston’s energy and long-term vision for the club when we met. My intial aim will be to maximise this opportunity and further develop my game, hopefully in the process providing a real option for the coaching staff over the coming seasons.”