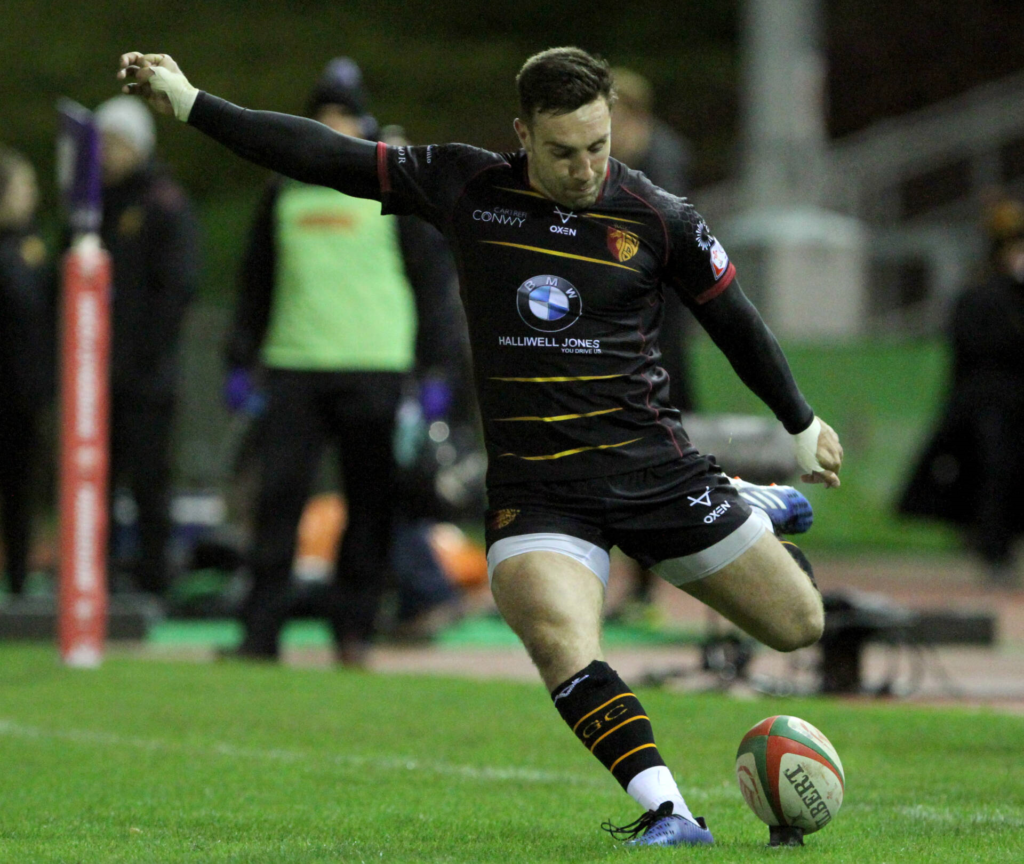 McBryde first to reach a century of Premiership points

RGC’s Billy McBryde has won the race to be the first player to reach 100 points in the Indigo Group Premiership this season.

Last weekend, Ebbw Vale’s Dan Haymond led the way and looked odds-on favourite to be the first player to reach the magical 100-mark but a 14-point haul by McBrdye in his side’s 24-5 victory at Bridgend saw him claim the honours. McBryde’s three conversions, try and penalty proved a timely boost as RGC recorded just their second win away from home this season.