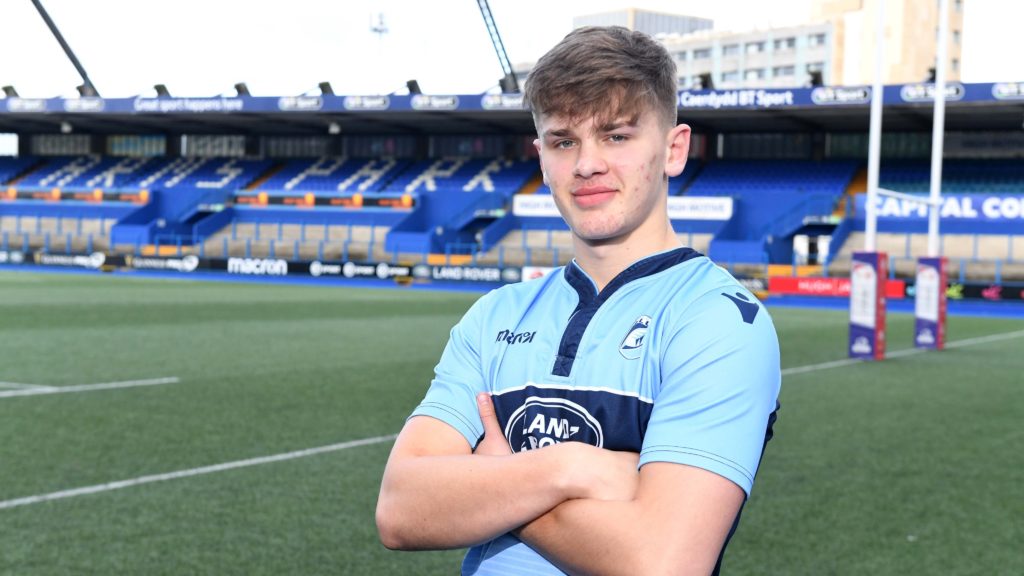 Young Cardiff Blues talents Mann and Anstey have put pen-to-paper on their first academy contracts with their home region, making up a 23-man academy squad.

Wing Cabango and lock Anstey both represented Cardiff Blues A in the recent Celtic Cup campaign, while all five are also a part of the Cardiff Blues under-18 squad.

The five players have been training with the Cardiff Blues academy, under the watchful eye of coaches Gethin Jenkins, T Rhys Thomas, Aled James, Craig Everett and Nick MacLeod.

“We have a really good group of players in camp at the moment, and it all points towards a really exciting future for the region’s philosophy of developing home-grown players and backing local talent. We’re clearly seeing the senior coaches living by this philosophy as well, and the belief they have in the academy system and players is great.

“It’s invaluable for both the region and the players themselves. They’re able to train in a professional environment, following a similar schedule to the first team, and are surrounded by the senior players, which really inspires them.

“Day-in, day-out, they’re working with coaches who have the highest of expectations, and they will reap the rewards in the future.

“We’ve deliberately contracted these boys early, once again, because we have heaps of talent coming through the region in both the north and south, and you can see that from the performances of our age grade sides. We are able to offer these boys key support and quality coaching at a crucial point in their development.

“As a department, we’re delighted with this news and it’s another positive step for our development process.